Me about my pack

About my dogs I could for hours upon end... ;-))) At the moment I have five females: veteran Vegas, her two daughters Luka and Vera, her half-sister Kira and the youngest Juna - daughter of Madra. In the meantime, unfortunately, we got some angels ;(

Each of the girls is different, but together they form a harmonious pack. Vegas is my anatomical and mental ideal of hovawart, her daughter Vera chases her hard, maybe even she outruns her, because her anatomy and movement is extraordinary ;) Juna is an element, a great drive and temperament from ancestors. Luka is a dog who still wants to please, and Kira is our mascot;)

At the moment (year 2018) active in breeding are Luka and Kira. Vera and Juna will enter the breeding program in year 2019. Both females have proved to be excellent mothers, their offspring is still young but already promising. 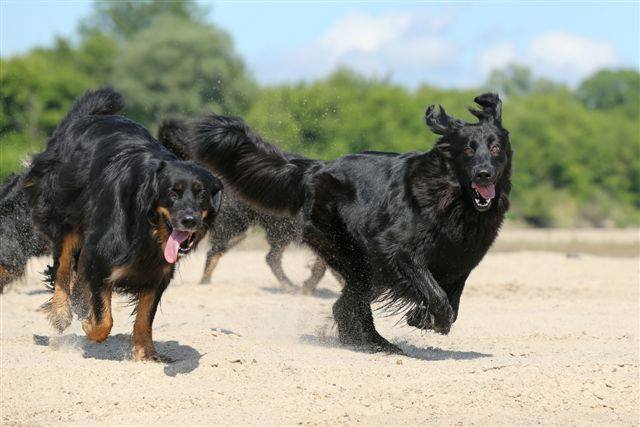 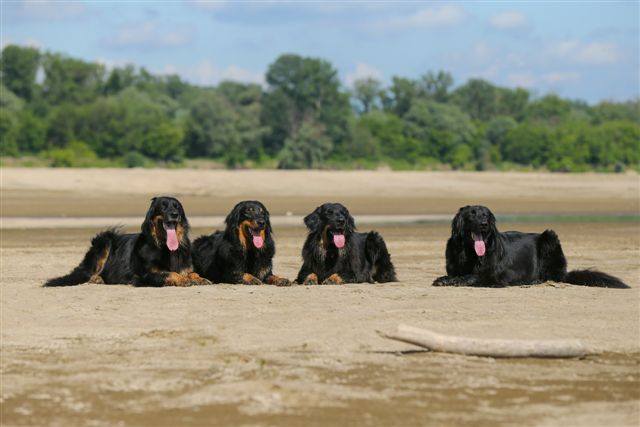 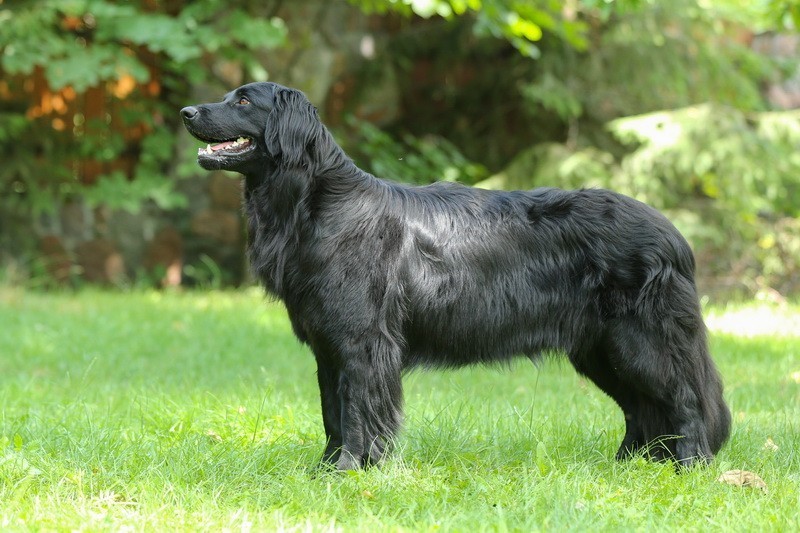 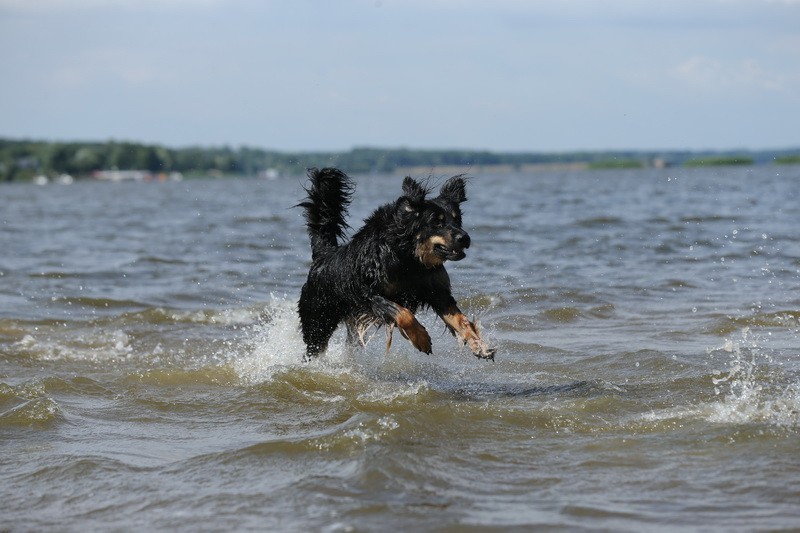 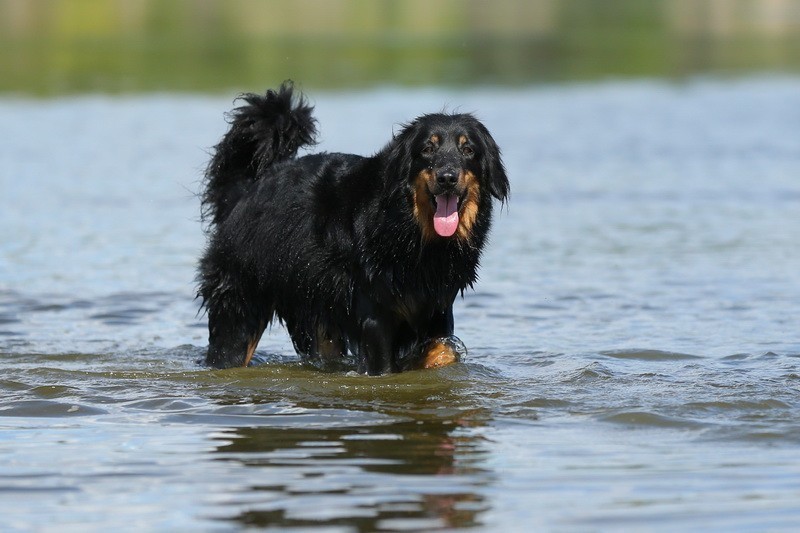 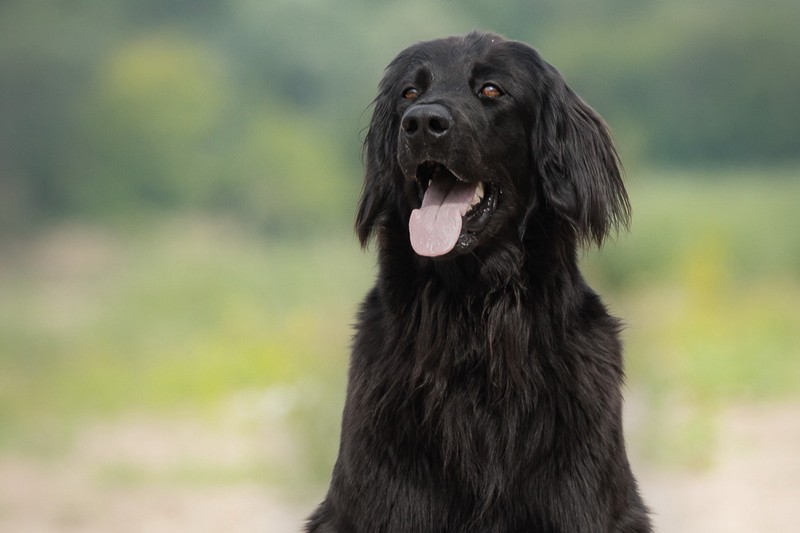 My experience with shows, and the training of my dogs, began out of pure curiosity and it wasn`t to be left at just that. My first Hovawart - Aggy - is one of the best Hovawarts in Europe and, I suppose, the most titled. Aggy achieved in his times something that none of Hovawarts from a non-German-speaking country could ever hope to do, namely he won the title of VDH - European Winner and Best of Breed, in the biggest show competition in the breed homeland, that is in Dortmund, Germany. It was judged by a prominent Swiss woman judge and at the time when she was awarding Aggy the title of Best of Breed, she said: "I imagine the Hovawart being like this!" Apart from this, Aggy has many others titles from 10 European countries and what`s more important - a double German Championship and International IHF breeding licence! But as regards to Aggy it`s not only the titles ... Aggy taught me how to get to know and understand the Hovawart, which drew me deeper into shows and training. We've been through a lot together, in spite of the envy of others... It`s thanks to Aggy that I`ve got to know Hovawarts in other european countries and learnt how to judge them for the purposes of breeding. But it`s not the most important thing, the most important is Aggy, the most wonderful doggie ever, loving, adorable and as proud as a king. My first love ;-))) Aggy left us in 2005 ;((

The pack gets new members...

In 1998, a new recruit joined Aggy, the first black Hovawart in Poland - male from very well known, recognized and titled German kennel. Conny`s pedigree is a spectrum of the top of the German line - Hovawarts from the last 30 years. Both of his parents are German Club Winners and working dogs! Such a connection has never happened! Thanks to Conny, I`ve explored the beauty of the working Hovawart. He`s the dog I`ve always dreamt about and the one who fulfiled all my expectations. One who's always ready for co-operation and devoted to pain, for which I love him more than anything!

Above all Conny is a great stud male, what confirms my theory that only a dog of eminent origin can serve the breeding and enhance her level. That`s why I`m the most proud of his offspring`s achievements, especially the mentality he hands down to them. As the first Hovawart in Poland, who didn`t live in Germany, he passed successfully all breeding tests (ZTP) of RZV German Club. Conny left us in year 2009 ;((

The first girl in my band is Dottir, often called "the Small One", although she`s not so "small" any more ;-) Dottir is Aggy`s daughter brought from Norway. Enormous physique, a rascal and sweet lassie, she has won a very high position in the pack, thanks to her strong character, unique energy and openness. It was just her who began a new chapter in my life, i.e. conscious and deliberate Hovis breeding. Dottir turned out to be an excellent breeding female, giving us healthy, titled offspring. Dottir left us in year 2016 ;((

Since April 2007 lives with us next Hovi male, black&tan (although I always say almost black and tan ;-)) Steamy. Steamy flied with me from Great Britain and immediately won my heart. It is extremely cheerful doggie, temperamental, brave and pugnacious. He understood himself very well with Conny, what made me happy, boys were just friends and from beginning always together. Steamy has pure german-finish origin in 3/4 to 1/4 relation ;-) Steamy left us in year 2017 ;((

In year 2008 came to us from Germany already adult Maggy. Home change came Maggy well out as you can see ;-) She feels here grate, is happy, cheerful and always ready for playing. Her favourite pal for races is obviously crazy Steamy ;-) Maggy has excellent origin, pure german, I expect, she will give us outstanding puppies, healthy, temperamental and beautiful as she is. Maggy turned out to be an outstanding breeding female, giving us healthy and very titled offspring. Maggy left us in year 2016 ;((

In year 2009 from our two litters stayed in kennel two fabolous, wondrous females. From Maggy`s first litter, long awaited, dreamt, beloved Conny`s daughter - Vegas, and from Dottir`s and german excellent stud male Gajus v.d. Koboldshütte second litter - Madra. Both girls have grown up very nice and make a nuisance of elders. Vegas goes triumphantly through rings winning laurels, I`ve never dreamt about ;-) Madra isn`t worst, treads on Vegas` heels, showing, that show rings belongs her too ;-) Both ladies have nice german origin, what gives hope for appropriate breeding development in planned direction. Vegas has also turned out to be an amazing breeding female, her offspring is dominating in the rings of many countries. Madra had breeding bad luck, after passing tick-borne erlichiosis, she had fertility problems, but thankfully she left us in breeding her daughter Juna. Unfortunately, Madra died tragically in year 2017 ;((

Great reason for being proud of my dogs, is using them in breeding in well known kennels all over Europe. Dogs born in my kennel are used in breeding in many European countries. My boys are also able to boast about successful offspring in Belgium, Canada, Czech Republic, France, Hungary, Italy, Lithuania, Netherlands, Norway, Russia, Slovakia, South Africa, Sweden and Ukraina!

I show my dogs, because I like this and because it is the only possibility in Poland to see other Hovawarts (we don`t have any offspring meetings organised through Kennel Club). However, the titles from the shows are not the only thing in the world, the most important thing is mentality and character of my dogs, that`s why I`m trying to train them systematically (because a Hovi is a working breed after all, isn`t it?!!!) and work with them in my free time. All my dogs are and were regularly trained, because working with them is only pleasure for me. I`m happy, that my appeals to train with Hovis finally was heard by new owners and more and more Hovis are shown on obedience and IPO courses in whole Poland. Keep it up!

Some more words about my youngsters. My dogs have full rights as members of the family. I don`t have kennels and boxes, my dogs can walk freely about the whole property. They sleep in the house with me. All my free time, I give to them, because they deserve that. Owing to the fact that I live in a suburb of Warsaw, we walk to our forest or cycle every day. They can run and play there as much as they want. It`s because of this big dose of activity, that my dogs are unrivalled in gait. And owing the fact of living in a rather big city, my dogs have regular contact with other people, animals and all other daily situations - they`re not wild and are able to behave in all situations, especially situations new to them.

I invite you to personal websites of my dogs from left menu, where you can find all infos about their living goods and also links to pedigrees, family photos, offspring and personal galleries ;-)