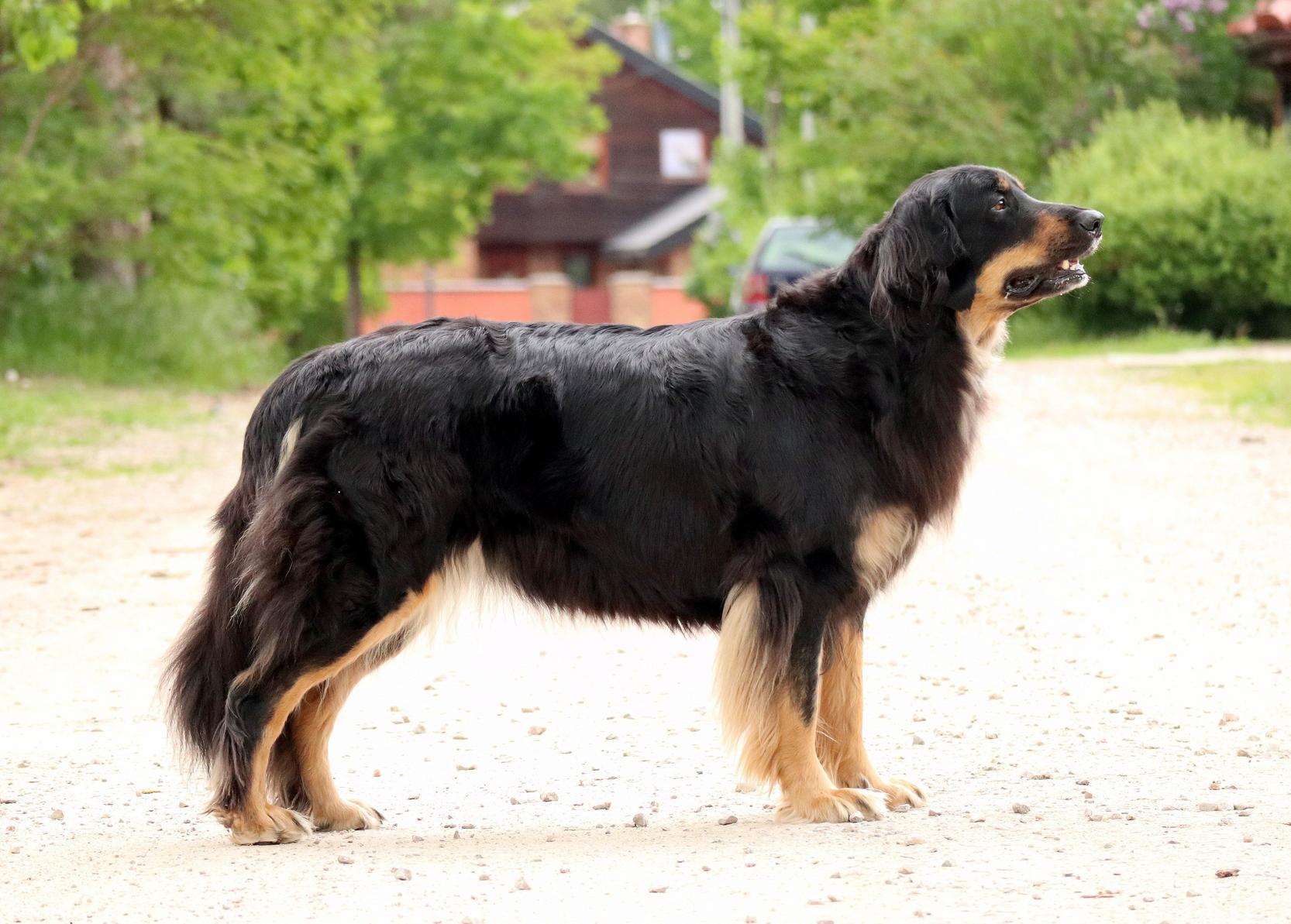 ENORMOUS OVER THE MOON

It was inevitable, from such mating and such litter as litter O had to stay a girl with us ;) And here she is - black and tan Vegas` copy (hopefully ;))) home-called Vera. There were no signs she will be such a hooligan ;) She sleeps not much, still biting everything and everyone and engages elders, not to be bothered by their growling ;) She barks, growls, guards the yard, proudly steps forward, little hell-raiser ;)

Vera`s father is Finnish Steinroller Odd-Leif, coming from very well known and of numerous successes kennel Steinroller. He is the father of a very good offspring in Finland, on the Club Show Tervakoski in 2016 he won the Best Progeny Group.

Vera grew into a big, dominant female, of a very strong bones, beautiful head, wonderful back line, superb anatomy and brilliant movement. You can dream to breed another Vegas, sometimes you are lucky and dreams come true :))) Vera steps on the European rings like a bomb, at the age of 14 months she is already Junior Champion of Germany and Club of Germany, Poland and Ukraine. At the age of 9 months, she won the VDH European Junior Championship in Dortmund, then despite her lack of hair she became Finnland Club Junior Winner at the biggest Hovis Club Show in Europe, one month later FCI Europe Junior Winner in Kiev, and another month later German Junior Winner on Dortmund Bundessieger. In Poland, she closed junior class with Poland Junior Winner title in Poznan. It's hard to believe that one female can get as many titles in such a short time;) Vercia - You are my pride <3

Vera's adult career is just as great: in fact, at every show she takes first place and very often becomes Best of Breed (which is rare for females), she quickly finished adult Polish Championship, two adult German Championships and International Championship. Furthermore, in the Netherlands she won the prestigious Amsterdam Winner title, in Leipzig the title of German Winner, in Austria Bundessieger (Austrian Winner) and in Poland - Polish and Best of Breed Winner. It doesn't matter whether the specialist judge or the allrounder, everyone admires her wonderful anatomy and movement.

Vera is the only hovawart in Poland and of Polish breeding dog which achieved double junior and adult German Championship!

In year 2019 she passed all health tests and in September 2019 we welcomed her first litter :) Vera turned out to be a wonderful mother, her puppies promise to be amazing and are spread all over the Europe.